Are you ready for the New IOS? Here’s How to find out.

Are you excited about all the new iOS 13 features like Swipe to Type and Improved Dark Mode? Before you install, make sure your device is ready for iOS 13. 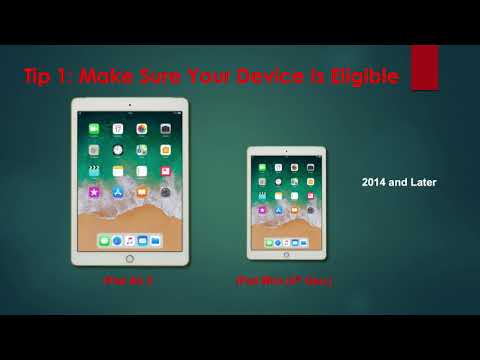 So maybe you’re not ready to pounce on a $1,099 iPhone Pro Max. But you do want the new iOS 13 features. It’s time for a major iOS update. But before you hit “update now”, make sure you’re ready for iOS 13 to ensure a smooth update process. Preparing for iOS 13 isn’t complicated. Just follow these simple steps. But first, what’s new in iOS 13?

Haven’t updated to iOS 13 yet? You have some great new iOS 13 features to look forward to like:

The first step to getting ready for iOS 13 is to check to see if your apple device is compatible. And if it isn’t, these new iOS 13 features, in addition to many of the newer capabilities on iPhone X series or the newly released iPhone 11, may finally convince you that it’s time to upgrade to a new model.

In order to enjoy these new updates you’ll need:

These came out around 2015. If you have a 6S, etc, this gives us a good idea about which devices will be compatible with future major updates and you may want to consider upgrading in the next year so that you’re ready for the next iOS. Technology changes fast and often you don’t know what you’re missing out on.

2. Delete Apps You Don’t Use

Updating your iOS is a great time to cut the fat. So delete apps you rarely use.

Remember, they’re still yours. And you can download them for free again if you need them later.

Feeling overwhelmed by the amount of junk on your device? Follow the steps to find out what you’re not using.

3. Make Sure iCloud Backup Is On

Finally, don’t make the mistake of not backing up your phone before an update. You could lose everything, including spreadsheets, files, photos and more.

If it was off, wait several hours to install the update. Ideally, wait 24 hours to be sure. This gives the Cloud an opportunity to backup your device so that when you upgrade everything is there.