Did you know that the new iPad Pro sports more powerful features than most entry-level laptops in stores today?

Yes, the iPad is powerful but can it replace a computer? 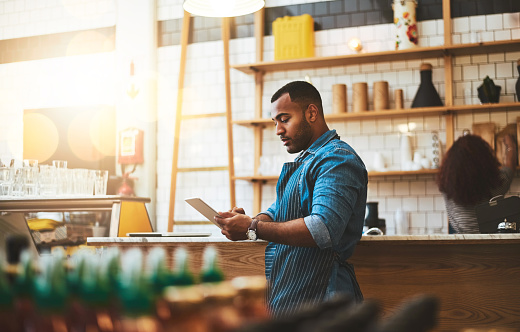 Is the iPad a tablet or a computer?

This is a question that has been asked repeatedly since the iPad Pro was first released in 2015. With the debut of the latest iPad Pro in 2017 with the more robust iOS 11, improved multitasking and better file management, choosing between a MacBook and an iPad has been made more difficult for mobile users.

Apple advertises the iPad Pro as a replacement for laptops. Looking at some of the videos posted by Apple on YouTube, mobile users are convinced that the device can (almost) do everything a laptop can. So, is it time to ditch your laptop for an iPad? Read on to learn more.

What can the iPad do?

The Apple iPad Pro works like a computer. The device comes with either a 10.5-inch or 12.9-inch display with the smaller version being bigger than the standard iPad’s 9.7-inch display. With this larger display, the iPad renders colors better than most mid-level laptops, and it has a faster chip to power heavy graphics, paint and video apps. By all accounts, the iPad Pro is better than all other iPad models especially considering the add-ons it comes with.
Coupled with the best keyboard, iPad Pro gives you the best experience drawing, writing, editing videos and much more.

When can the iPad replace a computer for small businesses?

The most common tasks small businesses carry out on laptops and desktop PCs are the same that the iPad Pro is designed to excel in. These tasks include surfing the web, taking notes, reading and replying emails, balancing the checkbook, writing, editing and publishing online, engaging leads on social media and keeping records.

With the new iPad Pro, productivity has been made easier with the virtual touchpad letting you manipulate text with ease. The iPad has been engineered to support Microsoft Office and comes with a free version of Apple iWork letting you create documents straight out of the box. If your office work involves a lot of typing, you can connect a Bluetooth keyboard and type a lot faster.

Not only can the iPad perform almost all tasks a laptop can but it can do some even better. The iPad comes with a back camera allowing you to film a movie with ease. After filming, you can edit the video right on the iPad. Connecting to the internet while on the go, you do not necessarily need Wi-Fi since you can connect it with your smartphone with ease.

The iPad is a portable gaming device thanks to its high resolution and high-end graphics. While it cannot match X-BOX One or PlayStation 4, the device is in the same ranks as XBOX 360 and PlayStation 3. The iPad also works with different illustration apps giving artists an easy time creating.

What can’t the iPad do?

Even with all its great features, the iPad still has some limitations. One of the reasons iPad Pro might not replace your laptop is of your business uses a proprietary software not found on iPad. While most businesses today are using cloud-based solutions, which means most of the software are build on the web, there are still many of them that rely on software that needs Microsoft Windows.

Any application that you require on your laptop or desktop PC will require a replacement on your iPad. While this is easy for web browsing, writing, and email, it is difficult for other software. The iPad has been updated making it better at video editing, which means you will not miss iMovie. However, businesses that deal with professional video editing might still need more powerful video editing software not available on iPad.

Storage is another issue for the iPad. The iPad Pro can have storage of up to 256, but this still does not compete with the storage offered by most laptops. While the iPad can run a lot of apps, you can only store the limited number of videos in it.

For some users, a 12.9-inch display is still small for the tasks they carry. This is especially true for artists who love multitasking and working on different screens.

Figure out whether you need to replace your computer

Apple’s iPad Pro can replace your computer. If you are not sure whether you should replace your laptop with iPad Pro, you are ready to test it for a week or two. In most cases, the iPad will suffice whether a laptop would be needed. However, you might need to have your laptop in case there is software you need once or twice a month on it.

With more improvements, the iPad Pro will mirror a laptop in all aspects.